In this activity the aim is to produce a ‘rapid prototype’ quickly and easily that simulates the interactive design so that users can use it and give feedback. Because it is a prototype, there is no need to devote time or effort to make the back-end technology work. Where dynamic data is required, such as search results, this can be replaced by static data.

If you find that something is difficult to simulate in the prototype, then it can be left out and its function explained to the user at the point where they encounter it. 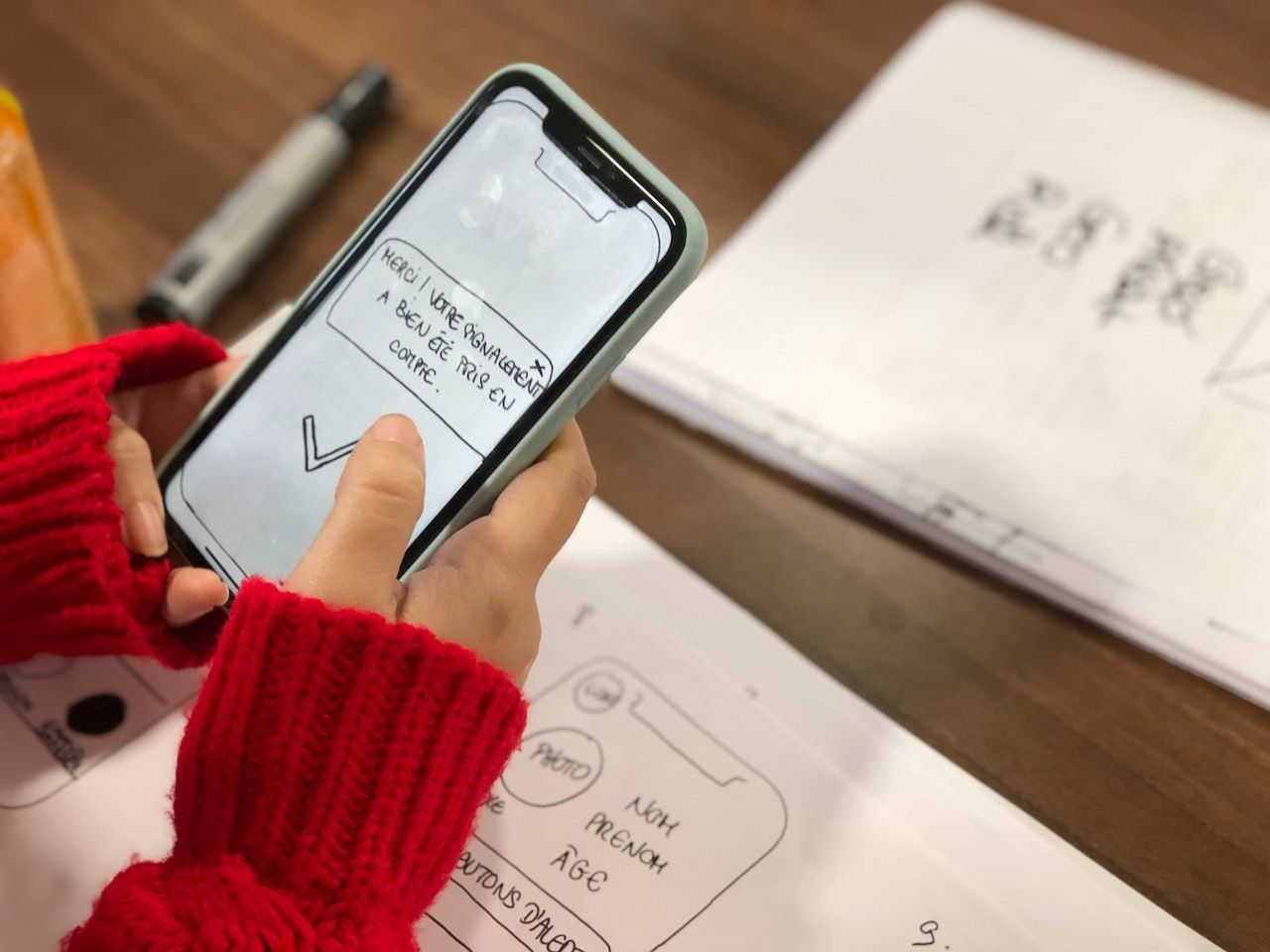 Even hand-drawn interfaces can be tested on smartphones with a camera and appropriate software. Photo: Amélie Mourichon.

If you are sceptical about the benefits of prototyping then we urge you to give it a try. It is a step toward participatory design and for some designers it may seem like relinquishing control. In reality, it will validate the hard work done in researching and specifying the design and save huge amounts of wasted time and money on designs that simply do not work as well as they should.

Design and customising this activity

We have designed this activity so that it can be done using little more than pencil, paper and Scotch Magic Tape. The interface and elements at every stage are sketched on individual pieces of paper or thin card. It may save time to create the elements in software and print them out depending on the complexity of the interactions.

The prototype is made interactive by an assistant who moves the interface elements in and out of the ‘interface’ in response to the actions that the user takes. This is a low-tech approach but has the advantage of being really easy to set up, incredibly flexible and less intimidating for some users. We also think that users are more open with their comments because they can see that the prototype is clearly a work in progress. It is easy to make notes on the interface during a user test and to change the flow of interaction if required.

If you would prefer to create a digital prototype, then there are many online tools that do the job. Some simulate the paper prototyping method by simply presenting the interface on a computer screen, with the option to retain a hand-drawn style. They usually include a library of common interface graphics.

More sophisticated prototyping tools include libraries of high-fidelity interface graphics that appear real to the user and offer functions to simulate links and transitions. Some have the additional benefit of being able to run prototype simulations on real devices and for prototypes to be stored in the cloud for remote testing and feedback.

Some would argue that testing an interface design away from the computer allows better communication between the designer and the user. Others may say that it is impossible to simulate sophisticated computer interactions like swiping and contextual menus with paper.

This activity should show that an open and enquiring approach to the initial stages of a project’s development will save time and produce better results.